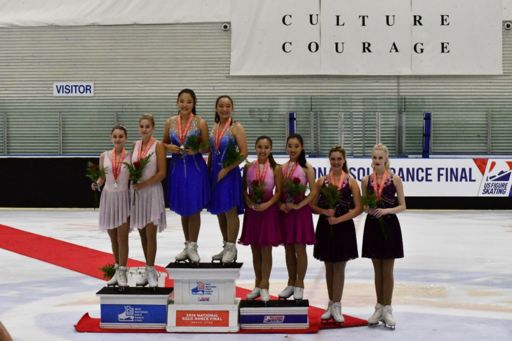 This story, originally published on September 5, has been updated:

And the winner is . . . Katie Yang '21, who realized her ambitious goal by taking first place earlier this month at the 2019 U.S. Ice Dance National Championship in Provo, UT.

Thanks to her hard work, dedication and ability to perform under pressure, Katie emerged victorious, taking home the gold in the Senior Division at this year's Ice Dance Nationals. Katie reported to PDS Figure Skating Coach Courtney Hodock that, as she stepped on the ice, she was filled with a great sense of accomplishment and pride to represent both herself and the PDS community that has supported her for so long. "It was a long and difficult journey, and I credit much of my success to the continued support of my family, coaches and peers," Katie shared.

Photo: Women's victory medal ceremony in Senior Division at 2019 Solo Ice Dance Nationals. Katie Yang (at the top of the podium on the right) won a gold medal, as did Lili Chang (left of Katie). Both skaters are privately coached by Otar Japaridze (pictured in the originally published story, below). 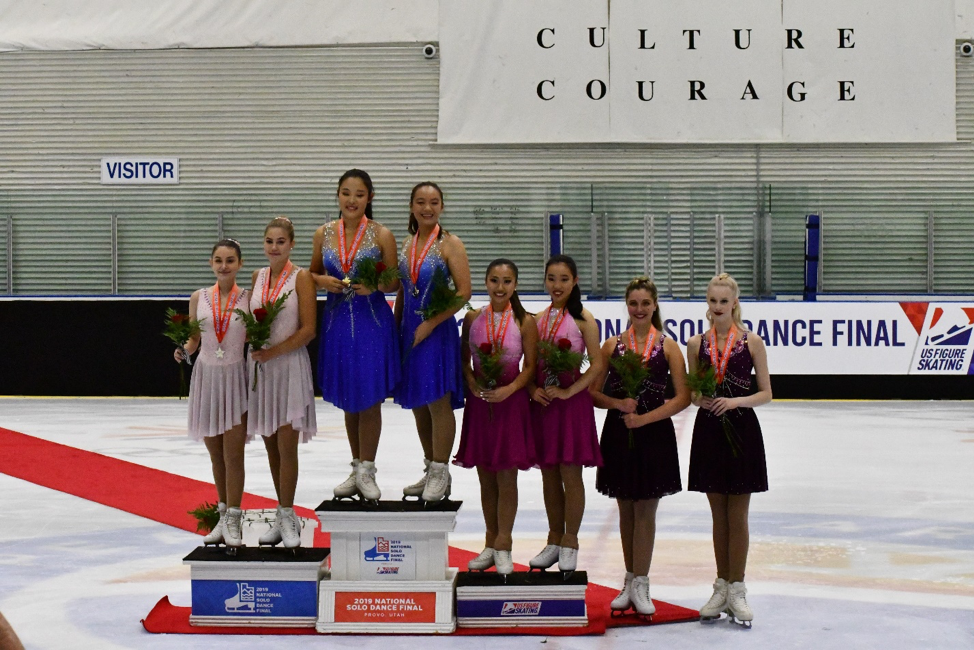 Katie Yang '21 has had anything but your typical summer vacation. Heading to the U.S. Ice Dance National Championships for the fourth year in row, Katie is a Princeton Day School junior and scholar athlete. In her third year on the PDS figure skating team under PDS coach Courtney Hodock, Katie is an accomplished figure skater off campus as well and has spent the better part of the past four summers in grueling practices and at ice dance competitions throughout the East Coast.

Having started her skating career at around age 11, long after the typical age for many competitors, Katie has put in tremendous hours of effort to overcome the late start. Her hard work and previous experience in ballet paid off when she first qualified in 2016 for the U.S. Ice Dance National Championships held in Delaware, where she earned an impressive second place finish.

Katie returned to the ice with renewed zeal and the goal of attending Nationals again. Her dedication led to two more years of National Championship competition, at Colorado Springs, CO in 2017 and Hyannis, MA in 2018. Competing in the senior division in 2018, Katie returned to the podium with second place honors once again. 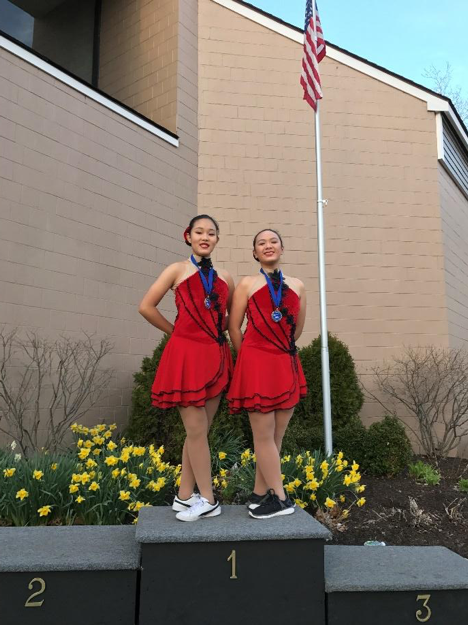 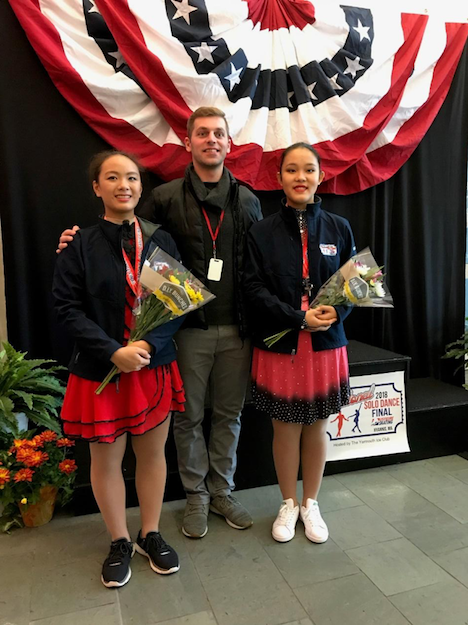 Skating for the third year on the Princeton Day School figure skating team, coached by Courtney Hodock, Katie heads this week to Provo, UT to compete once again in the senior division at the 2019 U.S National Ice Dance Championships. Her goal this year of a first-place finish fueled her countless hours of meticulous preparation for her fourth consecutive Nationals. "I'm forever grateful for the PDS community and its continued support for my development both as an athlete on the ice and student in the classroom," Katie shared with Coach Hodock before heading out to the competition. All the best, Katie!

Images: Katie (left) and Lili Chang (right) on top of the medals podium at the 2018 Southern Connecticut Open. Bottom, Katie (right), their coach Otar Japaridze and Lili (left) with the Silver Medal for Senior Shadow Ice Dance at the 2018 National Solo Dance Final in Hyannis, MA.