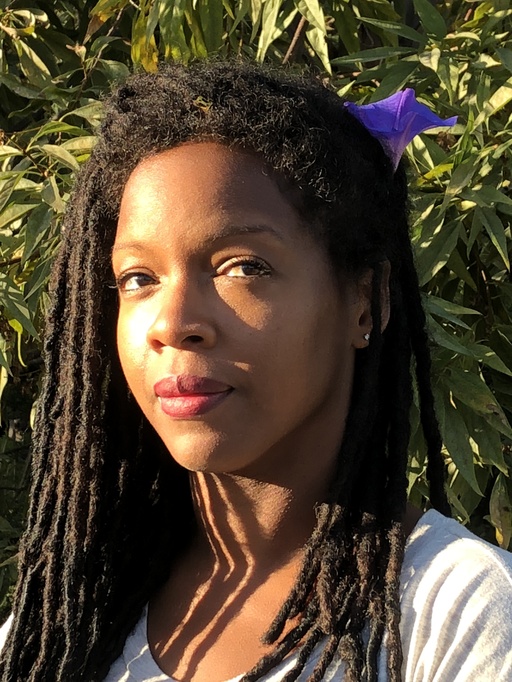 "At Princeton Day School I learned how to think. And that's what I want for my girls. I want them to have confidence in how they think; to have transferable skills; to know that they can do anything they want to do because they have that core of critical thinking and higher-level cognitive skills."

Sakeenah El-Amin '98, founder of Girls Taking Up Space (GTUS), is on a mission. Recently, she shared with us how her new nonprofit organization was inspired by her time at Princeton Day School.

A social justice-oriented educational and wellness program for girls of color in the Oakland area, Girls Taking Up Space seeks to empower girls of color by providing the tools they need to nurture their minds, bodies and spirits. "We place a heavy emphasis on social emotional learning and push our girls to think critically about the world and their place in the world." The organization will launch their first session in January and serve 15-20 middle school girls. The program runs in conjunction with a public school in East Oakland, featuring after school classes for girls who apply or are referred from district guidance counselors. In addition to core classes, the girls will take classes on mindfulness, self-care, healthy relationship building, self-esteem and leadership development in an environment that is gender-responsive and trauma-informed. For her, "the most rewarding part of this has been seeing the way that people have wrapped their hearts around this... I feel that this is a shared dream for people." 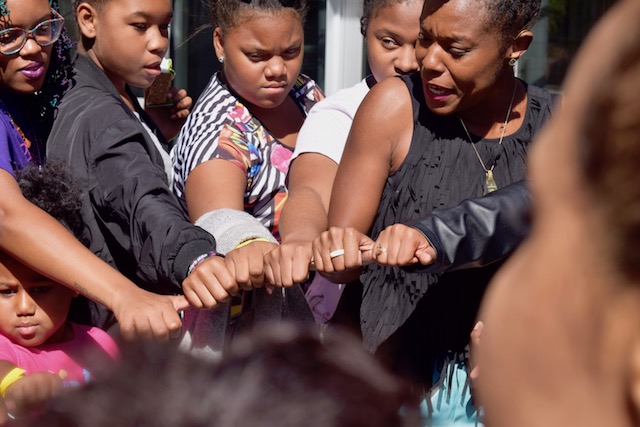 Ms. El-Amin, who also works as the deputy director of a youth center and clinic in San Francisco, chose Oakland as the site of her program in part because it reminded her of Trenton, NJ, her hometown. "They have a very similar history and are facing the same issues of gentrification and lack of resources. To me it felt like the natural place where girls need these sorts of resources," she observed.

Ms. El-Amin's passion to create an organization like GTUS was fueled by the opportunities she was given as a child. "When I was 13, I had an opportunity that changed the course of my life. I got connected with a program called New Jersey Seeds, and that is how I was able to attend Princeton Day School," she explained. She recalls visiting the school for the first time and noticing that there weren't any locks or chains on the door. "Where I came from, my school, they locked us in every day," Ms. El-Amin shared. She was also struck by the number of kids in the hallways, spread out with books, studying and talking, recalling, "they felt so comfortable with their space," For her, the kind of emotional and physical space that she enjoyed at Princeton Day School was life changing. "I was able to just be free," she declared.

The GTUS programming focuses heavily on social-emotional learning and student-centered pedagogy, which she learned about first-hand during her time at PDS. "There was something in the way that teachers held me that I had never experienced before. I felt that I was valued; that my world view and where I was coming from were valued. I felt supported, nurtured." At PDS she had so many opportunities to explore and find her voice voice. She joined debate, mock-trial, dance club and AWARE (a multicultural club). "I could do anything that I wanted to do, I could even create a club. I felt limitless there. It was so awesome for me to be able to try on so many different hats and roles and figure out what I wanted and who I wanted to be."

Ms. El-Amin emphasized that the she was continually supported at PDS by the incredible faculty and staff. When asked who her favorite teacher was she responded, "Oh this is hard! I have so many favorite teachers and I don't want to miss anyone!" She particularly recalled "going bird watching with Mr. Lamotte for English class and biology experiments with Mrs. Maloney." She also praised the discussions about Plato in Mr. Freedholm's class, which were student led and allowed them to think deeply about life and have mature, adult conversations. These opportunities to think critically and engage meaningfully are what she hopes to transfer to her first cohort of students this Winter. She also emphasized the role that the unsung heroes at PDS had during her time here. "I just remember the kindness of the kitchen staff, especially Irene and Marie. They were there to greet me every day with smiles and made my transition so much easier. I credit them also with wrapping around me and giving me the emotional support that I need to grow and flourish."

Her advice to current students is to "try any and everything, it is the perfect training ground to figure out who you are and what you want. Be all the versions of yourself and know that you will be supported and accepted and that you have a safe place."

Throughout her time at PDS, her thoughts were often drawn back to those girls she left behind. "I always thought about the girls in my neighborhood, and I knew they would never ever be able to see what I had seen or experience what I experienced." Her senior project, a documentary entitled "The Dividing Line," took the viewers through her daily journey on the bus to school, leaving Trenton and entering Princeton. It highlighted the "stark contrast from where I began my day to where I ended my day." For her, the question that motivates her current work is "'weren't the girls I left behind just as worthy as I was?"

After graduating from PDS, she attended Barnard College and majored in American Studies and Pan-African studies. She then moved to Philadelphia, PA and worked at a bridge program for kids from under-resourced areas, similar to NJ Seeds. She continued on to Temple Law School, but after graduating she had the realization "that the only sustainable way to bring change to a community in need was through education." She has worked in a variety of educational roles, mostly in the private sphere. "Part of the reason that I chose private was the experience that I had at Princeton Day School. I wanted to have the same freedom as a teacher that I had as a student."