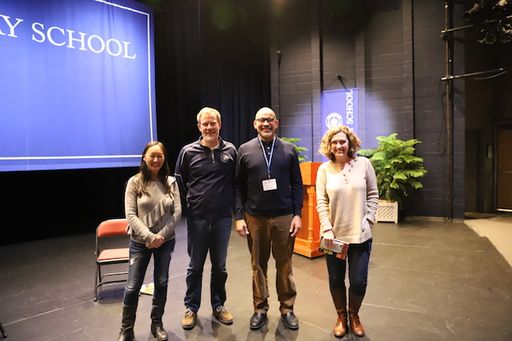 Poet Willie Perdomo visited campus last Friday, November 15, to read from his recent book of poems, The Crazy Bunch. Perdomo's work has been widely recognized for its tremendous literary merit. For example, his previous work, The Essential Hits of Shorty Bon Bon was a finalist for the National Book Critics Circle Award and the winner of the International Latino Book Award. His work has appeared in The New York Times Magazine, The Norton Anthology of Latino Literature, Poetry, Bomb Magazine, and African Voices. Currently, he is a teacher in the English department at Exeter and a working poet.

Upper School English teacher Caroline Lee shared how she came to know Mr. Perdomo and how he had a profound impact on her life and career. She first met Perdomo when he was performing in New York City, shortly after he published his first book, When a Nickel Costs a Dime. According to Lee, "the first time I heard [him] was the first time I felt that poetry came alive to me." This was at a time when "New York Slam Poetry was changing the poetry scene with fierce poets of color. Hearing poets like him changed everything for me as someone who was trying to figure out what majoring in English meant to me. His poetry explores the intersections of identity with race/ethnicity, space/place, language and family." Many years later, Ms. Lee ran into Perdomo at VONA, a writers' retreat begun by Junot Diaz for writers of color. Perdomo is a longtime faculty member of VONA, an organization that has nurtured writers such as Tayari Jones and Danez Smith. In fact, most of the contemporary writers of color that the Upper School English students read have spent time at VONA. 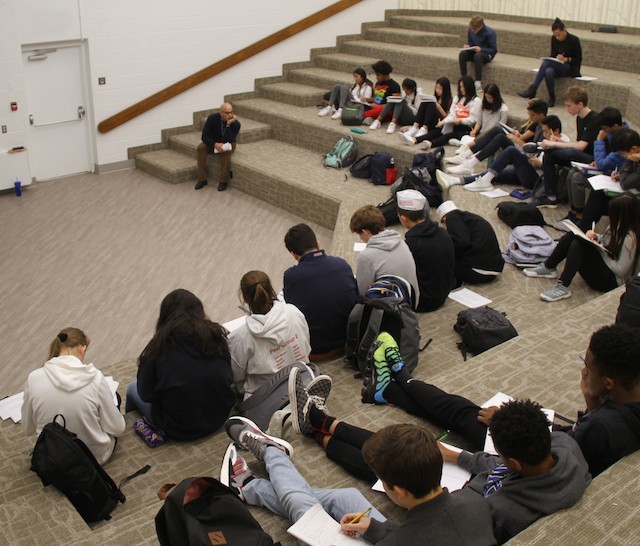 Mr. Perdomo's visit to campus began with a generative craft workshop for 9th and 10th graders, where he helped students generate poems about their identities. This was followed by a reading with the 8th graders. Among his goals were "to talk about an experience that they may not have been privy to ... hope that they would be able to get into that experience through the poems" and inspire them to consider creating poetry about their own experiences. At the end of the day, English 9 and English 10 students gathered in McAneny Theater to hear Mr. Perdomo read his most recent work, discuss his writing process and answer questions from the students and faculty.

His newest work centers around Mr. Perdomo and his friends as they were growing up in Harlem during the '90s. He urged the audience to "experience it with me as I am reading it. It may be so far from your experience, but all of you will have a coming-of-age experience." As Perdomo read excerpts from his book, the crowd fell silent, enthralled by the rhythmic flow of his words. Whenever a passage ended, the audience erupted in snaps, claps and cheers, quickly settling into stillness once more as the next story began. 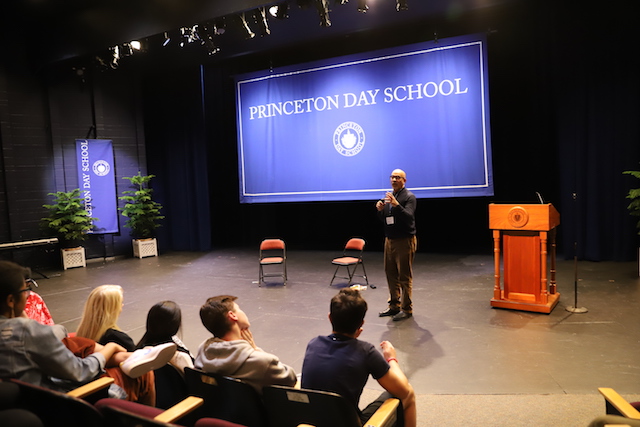 Perdomo's work is heavily influenced by hip-hop, which was evident from the style and rhythm of his prose. When asked by the students if he ever considered rapping, Perdomo laughed but then 'spit' a rhyme. It turns out it was the first poem in his book, but it was clear that this genre served as inspiration for much of his work. One student commented, "I really appreciate the way you use musicality and rhythm to accentuate points in your poems. And I really like the way you speak on topics that actually hit hard to a lot of students at PDS."

During the Q&A portion of the assembly Perdomo offered some valuable advice to underclassmen, sharing that he always reads each poem aloud to make sure that it sounds right. Perdomo suggested that they try this technique when writing papers in order to catch errors. He continued, "the other part is having that moment of silence where you are just reading it on the page and it is your relationship with your own work." He also touched on the topic of rejection and the importance of resilience. He reminded students that "there is always someone who is going to say no and you have to live with that, but for every three or four institutions, organization or colleges you are applying to, for every one that is going to say no, there is always one that is going to say yes." 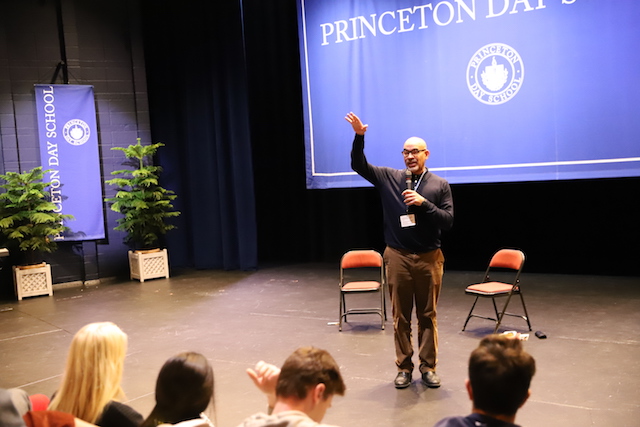 Thank you to Lively Arts and Dr. Mia Manzulli for sponsoring the event and Mr. Perdomo for allowing our students to experience these poems with him!