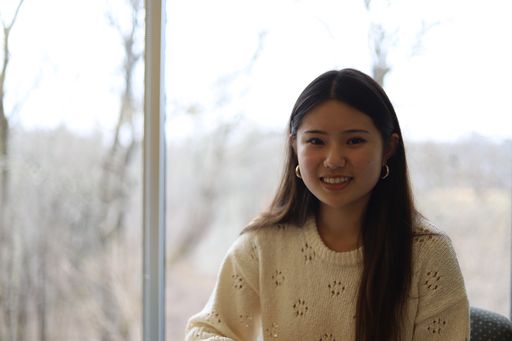 "As soon as I reached a level of proficiency in French to read literature, it opened up a whole world. Last year, we read 'The Necklace' by Guy de Maupassant, and that got me hooked on short stories and French literature. This fall, it was a thrill to audit a course on Fantastical Literature in French at Princeton University.

Through the REx program, I designed and executed an experiment and worked over the summer in a behavioral neuroscience lab at Columbia University. For my senior project, I'm designing a similar project but I'm interested more in the social rather than molecular aspect, examining how others might influence how you think rather than just how you act. My project was inspired by the Asch Experiment, which looks at how people can be swayed by social pressure and even disregard their own observations just to conform. Sometimes when we hear something again and again, we start to question our own beliefs. But I suspect that, at PDS, people are less likely to go along with this because we're all empowered to think for ourselves.

I'm interested in finding ways to fuse my interests in French and behavioral neuroscience. I think French language and psychology are so universal and applicable to many different fields. Also, the deeper I delve into each subject, I've expected the possibilities to narrow, but they just seem to expand."