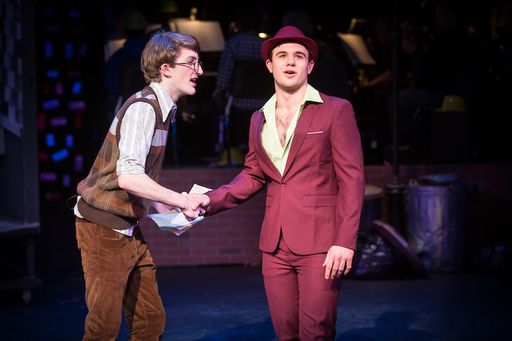 The high caliber of PDS Upper School performing arts continues to attract attention across the region and beyond, with seven nominations for Montclair State University's NJ High School Theatre Foxy Theatre Night Awards for the fall production of Too Much Light Makes the Baby Go Blind, an Honorable Mention from Paper Mill Playhouse for a featured ensemble cast member performance in this year's musical, Little Shop of Horrors, and yet another coveted invitation to bring an ensemble group to the world-famous Fringe Festival in Scotland next summer. 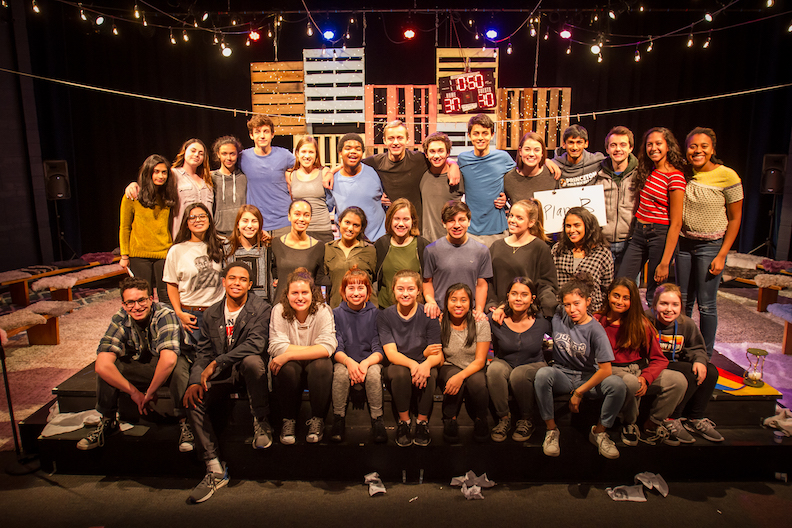 The NJ High School Theatre Awards honor outstanding secondary school individual achievement of both students and educators in the areas of performance, direction, design and technical theatre, as well as outstanding productions in the genres of drama, comedy, classical and new work. Award winners will be announced at the 11th Annual Theatre Night Awards ceremony next Monday, May 20 in Memorial Auditorium at Montclair State University. All nominees are invited to attend. Nearly 100 schools participated this year, and, once again, PDS emerged as one of the strongest high school programs in the state with nominations for its fall play in the following categories:

Papermill Playhouse Rising Star Nominations and honorable Mentions were also recently announced, and PDS is proud to report that Bruno Cucchi '21 received an honorable mention for outstanding performance by a featured ensemble member for his roles in Little Shop of Horrors.

Modeled after Broadway's Tony Awards, the Papermill Playhouse Ring Star Awards is a statewide competition of New Jersey high school musicals presented by Investors Foundation designed to encourage and reward exceptional accomplishments in the production of high school musical theater. Papermill Playhouse is one of the nation's leading professional theaters and has a strong track record of launching performers and shows to Broadway. The award ceremony will take place at Paper Mill Playhouse on June 4, featuring presenters from Broadway and beyond, and will be televised by Hometown Television (HTTV) of Summit, NJ. 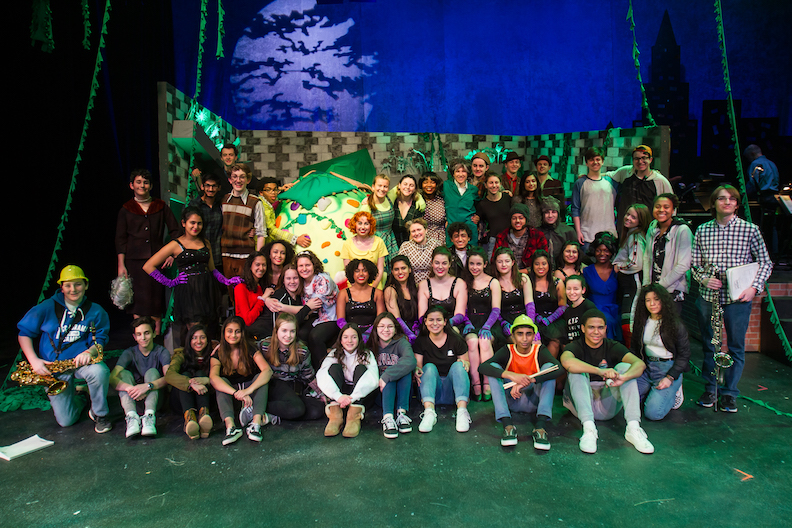 "In our last six years, we have earned 30 nominations from the Paper Mill Playhouse Rising Star Awards, winning 12 awards and eight honorable mentions, including Best Production. Over that same time frame, the Montclair State University Theater Awards have been equally generous: we have earned 40 nominations, including winning twice as the state's outstanding acting ensemble," explains Director of Performing and Visual Arts Stan Cahill.

Yet another acknowledgment of the School's performing arts stature also came this spring when the School received a formal invitation to appear once again in the spectacular Fringe Festival in Scotland in the summer of 2020. The Fringe Festival features literally thousands of performing artists from all over the world, from professional groups to universities and high schools, gathered together for a collaborative, highly creative and competitive series of performances.

Stan Cahill notes, "While it's truly gratifying to be recognized at the state level and beyond for the high quality of our theater program, our inspiration and motivation come from doing work that excites and challenges us."

Catch the arts in action this week at PDS: Final group performance of the year! Middle School Band Concert is tonight at 7pm, McAneny Theater; Performing Arts Festival Thursday through Friday this week after school, featuring poetry, multiple genres of music, dance and other performing arts; and the Homecoming alumni exhibit is on view at the Anne Reid '72 Art Gallery, with a reception for alumni and friends on Friday at 4pm.