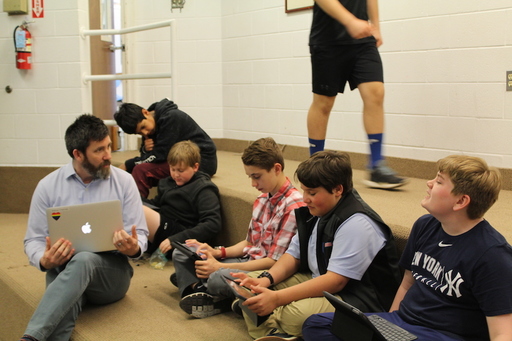 Middle School MUN Highlights: This year marked the debut of Middle School Model UN at PDS, sparked by 7th graders Angelina Liu, Adya Jha, Ben Masla, and Arjun Ray, who proposed starting the club for 5th-8th graders. After ironing out plans and determining the course for the year, Middle School MUN faculty advisor and MS teacher Matthew Trowbridge launched the club in December. More than 40 regularly-attending members met in the Middle School Amphitheater during Resource Period once every other seven-day cycle. The students recently completed a simulation of a summit on Climate Change in which they represented fifteen different nations. The nations prepared and presented positions, came together with other nations that shared their views, debated and discussed in an open forum and then voted on resolutions. 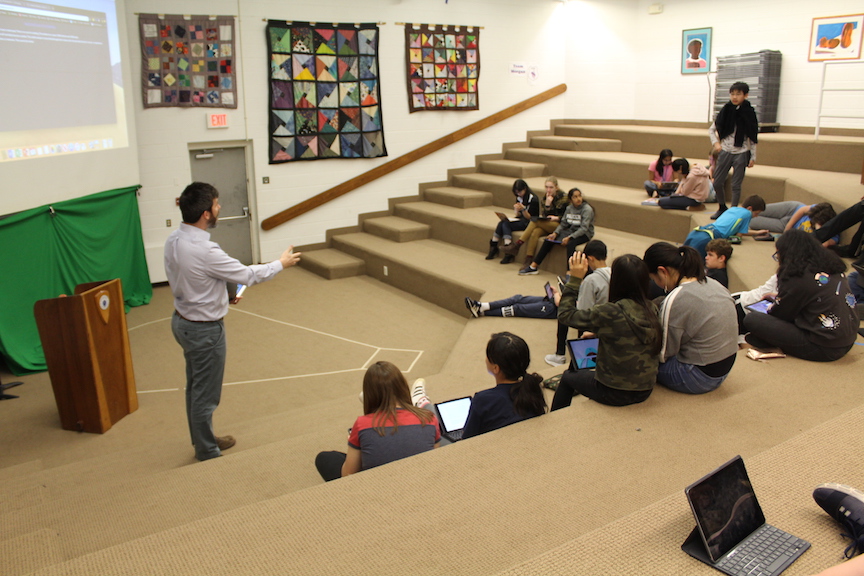 Following the Climate Change simulation the students moved on to the pressing dilemma of an impending zombie epidemic (a perennial favorite MUN simulation). Guided by the global response to recent real-world epidemics such as Zika virus, the students set off to devise solutions to contain the zombie population while also taking into account economic, political and social considerations. The students displayed their critical thinking skills as they raised crucial questions, such as "Can the zombie swim?" "Are the infected zombie slow or fast moving?" "Where did the outbreak occur?" The countries will plan, discuss, debate and hopefully come to a resolution on how to handle this rapidly spreading zombie epidemic! 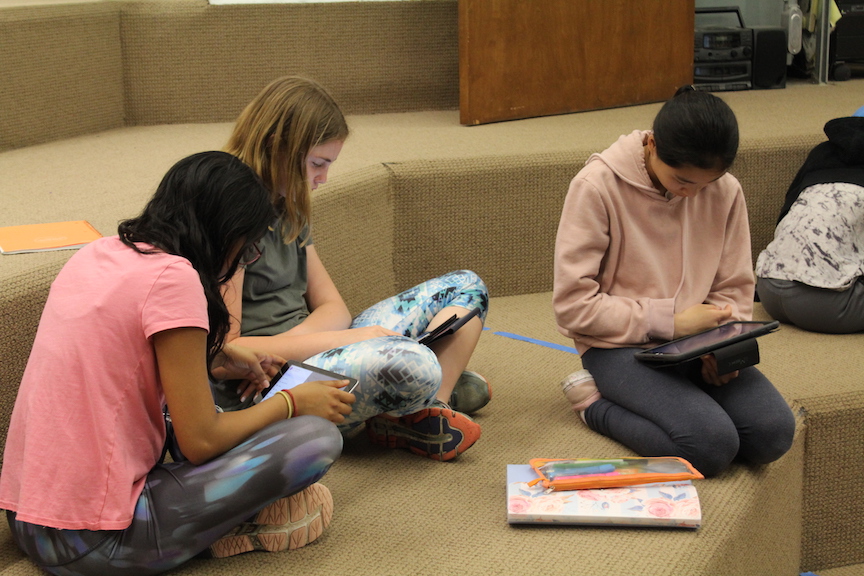 Mr. Trowbridge praised the Middle School MUN group for their work this year and observed, "While we do not plan on attending competitions for the time being unless they are held at PDS, we hope to foster a love for Model UN and the spirited teamwork and collaboration that will feed into the Upper School program."

Upper School MUN Forms New Secretariat: The Upper School Model UN program closed out a successful 2018-19 and is already working to prepare for next year under their newly elected leaders. Megha Thomas '20 and Eyal Yakoby '20 are the recently announced Secretary General Co-heads while Eric Leung '20, Harjap Singh '20 and Aidan Njanja Fassu '20 will serve as Under-Secretaries General for 2019-2020.

Upper School MUN faculty co-advisor and US teacher Stefanie Santangelo noted, "All five are very passionate about Model UN and are enthusiastic to lead the club next year. We are excited to help them hone their leadership skills and to work closely with them. Also, we are looking forward to connecting in the 2019-2020 school year with our Middle School MUN students, which will represent an extension of the mentorship that is already built into the club." 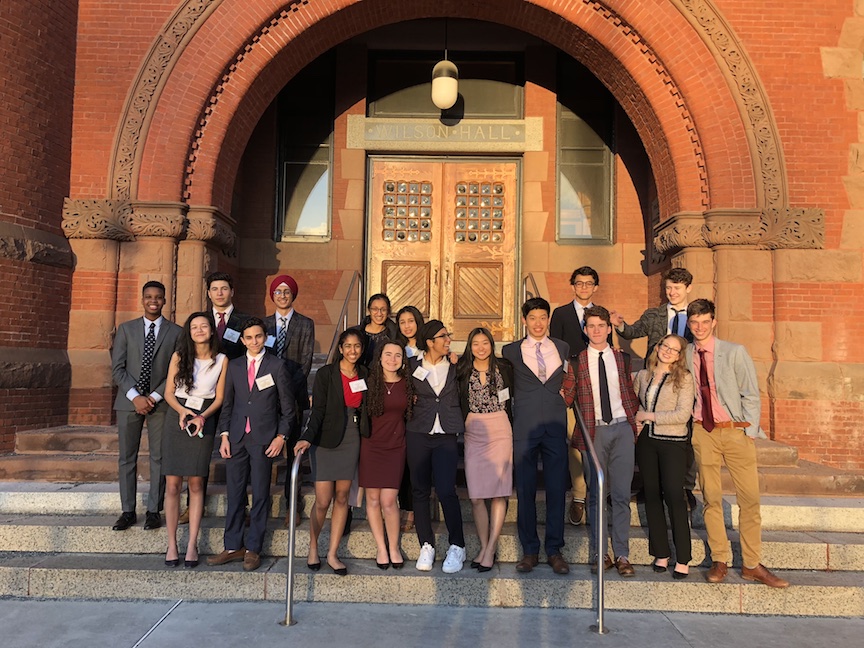 Photo: A delegation from this year's highly successful Upper School MUN program at a conference earlier this year.