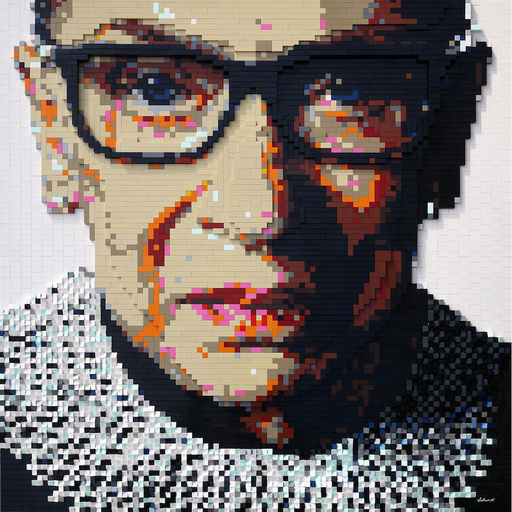 Andre Veloux is a British artist who creates captivating two and three-dimensional wall hanging artworks through Lego™ bricks. His feminist-themed work expresses social commentary on gender, gender equality, women's rights and women's empowerment. The Anne Reid '72 Gallery is thrilled to feature two large Veloux portraits of Michelle Obama and Ruth Bader-Ginsburg in this exhibit. Veloux's art is in private collections worldwide and has been shown in numerous exhibitions in the US, including SCOPE Miami Beach. He recently began a series of live art events, the first of which took place at Princeton University earlier this year. He is represented by the Krause Gallery in New York City.

Mario Moore received his M.F.A. in painting from the Yale School of Art in 2013 and was a Hodder Fellow at Princeton University during the 2018-2019 academic year. We are honored to have on loan at Princeton Day School a self-portrait by Mr. Moore. Currently, he has an exhibition at Princeton University of portraits of blue-collar workers on the Princeton campus, which he created during his Hodder fellowship. The portraits compel dialog about social justice, perceptions and realities of individuals in our society and their representation in American painting. His work builds on themes from Thelma Golden's groundbreaking exhibit in 1994 at the Whitney Museum of American Art, "Black Men: Representation of Masculinity in Contemporary Art," which showcased 29 artists including Leon Golub, Jean-Michael Basquiat and Robert Mapplethorpe.

Shoshannah White is an interdisciplinary artist based in Portland, ME who received her B.F.A. from the Savannah College of Art and Design. The Anne Reid '72 Art Gallery is fortunate to have on loan sixteen of her photographic and encaustic portraits, some of which have been featured in The Book of Alternative Photographic Processes by Christopher James. Her evocative and environmentally-based art works have been awarded grants and funding through organizations including the Taconic Foundation; Arts New Brunswick, Canada; the Kindling Fund, a SPACE Gallery re-granting program funded by the Andy Warhol Foundation' and the Maine Arts Commission, funded in part by the National Endowment for the Arts.

White, who often incorporates photography into architectural and sculptural form, has completed private and public commissions including eight public art installations. She has participated in exhibits nationally since 1969, including exhibitions at the Portland Museum of Art, Whitney Artworks in Portland, ME, Bates College and the Center for Maine Contemporary Art. White is represented by Corey Daniels Gallery in Wells, ME, Pilar Graves in Los Angeles, CA, and by Stephen Bulger Gallery in Toronto, Canada. 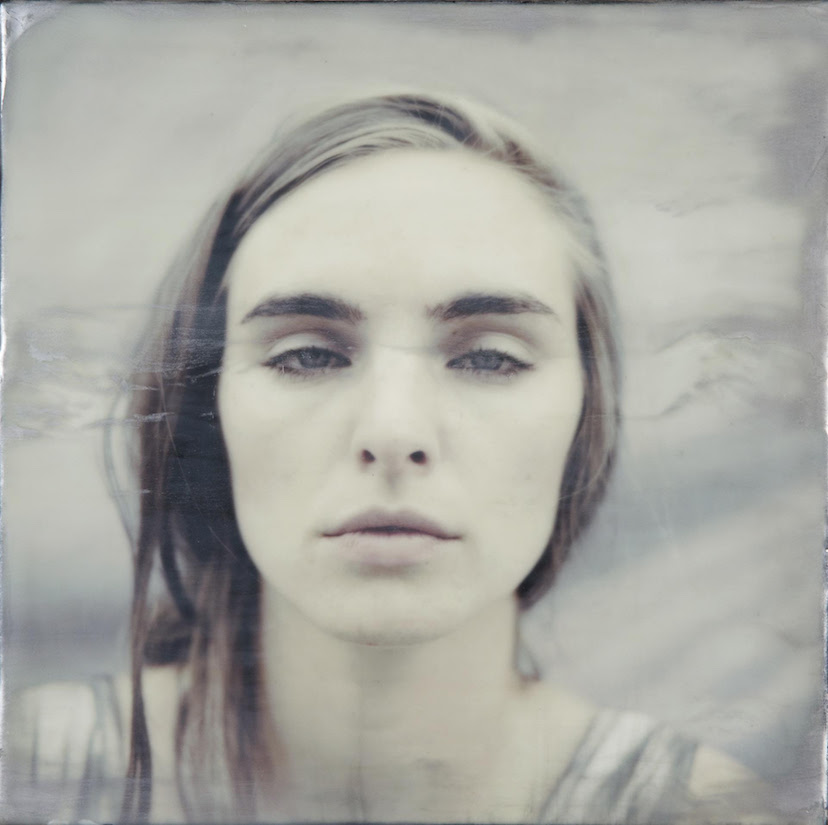 Anna Williams '15 is a Princeton Day School graduate who is now a Brooklyn-based illustrator, muralist and designer. She gained notability for her street art in both Williamsburg and SoHo. Williams studied illustration at the Pratt Institute and uses mixed media and detailed drawing to create pieces that are at once visually striking and compelling. "I make street art because I want people to see what I think is beautiful, while understanding the city's icons and influences that have shaped modern art and design," she states in her website. She has created notable murals and illustration works for clients including Bloomingdale's, Westminster Kennel Club, the ACLU, La Esquina Williamsburg, Emmy Squared, and the Market NYC.

Trudy Borenstein-Sugiura is an award-winning designer of fine jewelry whose work is included in the Permanent Collection of the Smithsonian Institution at the Cooper-Hewitt Museum. After a full and successful career in the jewelry industry, Trudy decided to pivot and approach art in a new way. She is currently creating portraits out of the important documents of her subject's lives. Through scrupulous arrangements of medical records, report cards, death certificates, maps and more she tells stories, explores the past and repurposes these documents for future reflection. Her collages have been exhibited in galleries and museums nationally since 2016. 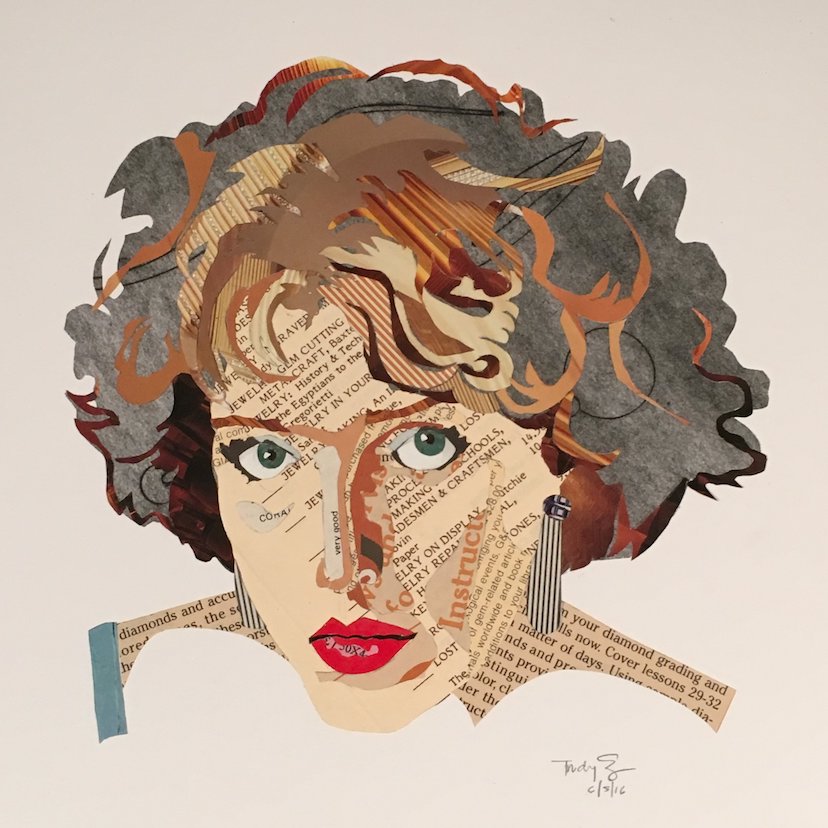 Ray Brown is a native of Western Canada who attended the Alberta College of Art and Design and the Ecole des Beaux-Arts in Montreal. Brown uses mostly small-scale portrait studies, which create a strong sense of intimacy with his subjects. His work has been included in exhibitions across the United States and Canada. An instructor at the Arts Council of Princeton, Brown is currently working on a series of self-mocking portraits.

James Thomas, who has two decades of experience designing women's wear for Calvin Klein, focuses his multimedia artwork on capturing the essence of movement. "My work is an exploration of form as well as new techniques and colors, combinations and abstraction. What emerges are fluid shapes that appear to be in motion and/or evolution: intimate and honest but never fully revealed." Thomas "paints with scissors" and his trademark cut paper works have been featured in several publications and exhibitions.

Quinton Covington '21 is currently a junior at Princeton Day School. His work on exhibit is "A Reverend's Dream," a portrait of Martin Luther King made out of map pins.

The exhibit runs from September 9 through October 2, 2019. The gallery is free and open to the public during hours when school is in session. A reception open to the public will be held on Friday, September 13 from 6:00-7:15pm. Visit pds.org to learn more about the Anne Reid '72 Art Gallery, including planned exhibits for the 2019-2020 school year.

Images from top to bottom are featured portraits in the exhibit by Andre Veloux, Shoshannah White and Trudy Borenstein-Sugiura.