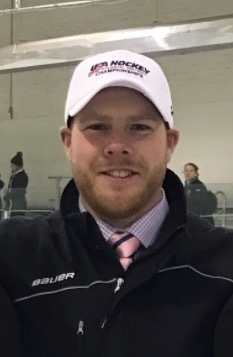 Coach Ritchie's successful record includes both interscholastic and club teams as well as boys and girls ice hockey teams. He is a USA Hockey certified Level 5 coach who has worked as a coach with the Princeton Tiger Lilies and as a coach and Assistant Director of Hockey for the Lawrence Flames. He also coached the Lawrence High School Varsity Boys Ice Hockey team, leading them to four divisional championships in five years. Coach Ritchie posted 51 wins during that time and was selected as the Trentonian Boys Ice Hockey Coach of the Year in 2013.

Coach Ritchie is a graduate of Holy Ghost Preparatory School and the University of Rhode Island, where he earned degrees in secondary education, special education and history. He is currently a special education teacher in the Lawrence School system and lives in Somerville, NJ.