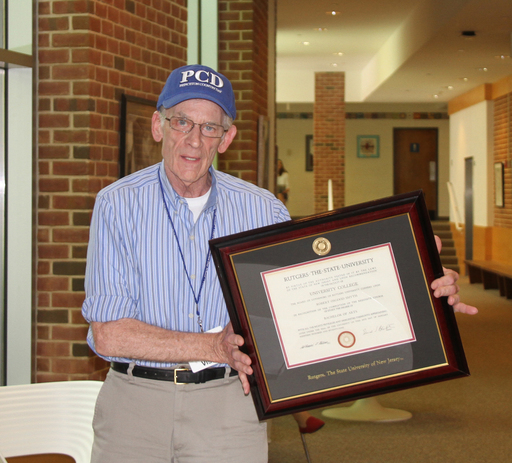 It's not every day that Panthers have the opportunity to turn back the clock sixty years and experience life at our School. But on May 29, as the school year drew to a close, alum Bob Smyth '57 (a member of the Lawrence Senior Citizens Memoir Writing Group) gave our Fifth Grade that very chance as he shared campus tales and his own story of resilience.

Born in Princeton in 1942, Mr. Smyth arrived at Miss Fine's School as a Kindergarten student before moving on to Princeton Country Day in Fourth Grade and graduating from nearby Princeton High School in 1960. "What really hasn't changed is school spirit," Mr. Smyth noted. He proudly recalled that Blue and White Day was an important part of the community, just as it is now. He noted that colors were chosen at random when he first arrived, as he proudly represented the Blue team with his PCD baseball cap.

Mr. Smyth also shared that, in those days, PCD was housed on Broadmead Street in Princeton. Grades were called forms, beginning with the First Form (Fourth Grade), and each form was made up of 20 boys. All of the boys wore coat and tie daily, and teachers were known as masters. Unlike today, the school was much more strict and teachers were called 'sir.' Mr. Smyth recalled the 'headmaster's bench' where students were sent for punishment, under the watchful eye of Headmaster Henry Ross. In fact, Mr. Smyth remembered, "just sitting on that bench was punishment enough."

Despite a strict environment, boys often found time for fun and mischief. Mr. Smyth told a tale of how many brought pea shooters to school, and, as the teachers caught on, the headmaster called for the boys to meet in the gym after school. The headmaster stood on the stage and took three large boxes of peas and scattered them onto the gym floor, telling the boys that they could go home after all of the peas were picked up.

When asked about his favorite PCD memories, Mr. Smyth remembered playing hockey on Carnegie Lake, as soon as the ice would freeze over. He added that the fire company would often hose down the lake, "putting down the best ice we've ever seen." Mr. Smyth also remembered dancing with the girls from Miss Fine's at the Junior Assembly, a weekly white glove event that brought Miss Fine's School and Princeton Country Day together.

As the conversation turned to resiliency, Mr. Smyth shared his college experience with the students and he shared how he graduated from Rutgers University in 1979, after nineteen years of study. He explained that there were a number of hurdles to jump through in order to go back to school and ultimately finish, including balancing studies with holding down a job.

"I am not a quitter," he said to the engaged students. "As I was sitting there with my diploma, I knew that it had definitely been worth it."

Photos: Above, Bob Smyth holding his hard-earned diploma from Rutgers University. Below, Mr. Smyth enjoying a moment with Middle School students after sharing his personal memories of his time at Miss Fine's School, Princeton Country Day and life after graduation. 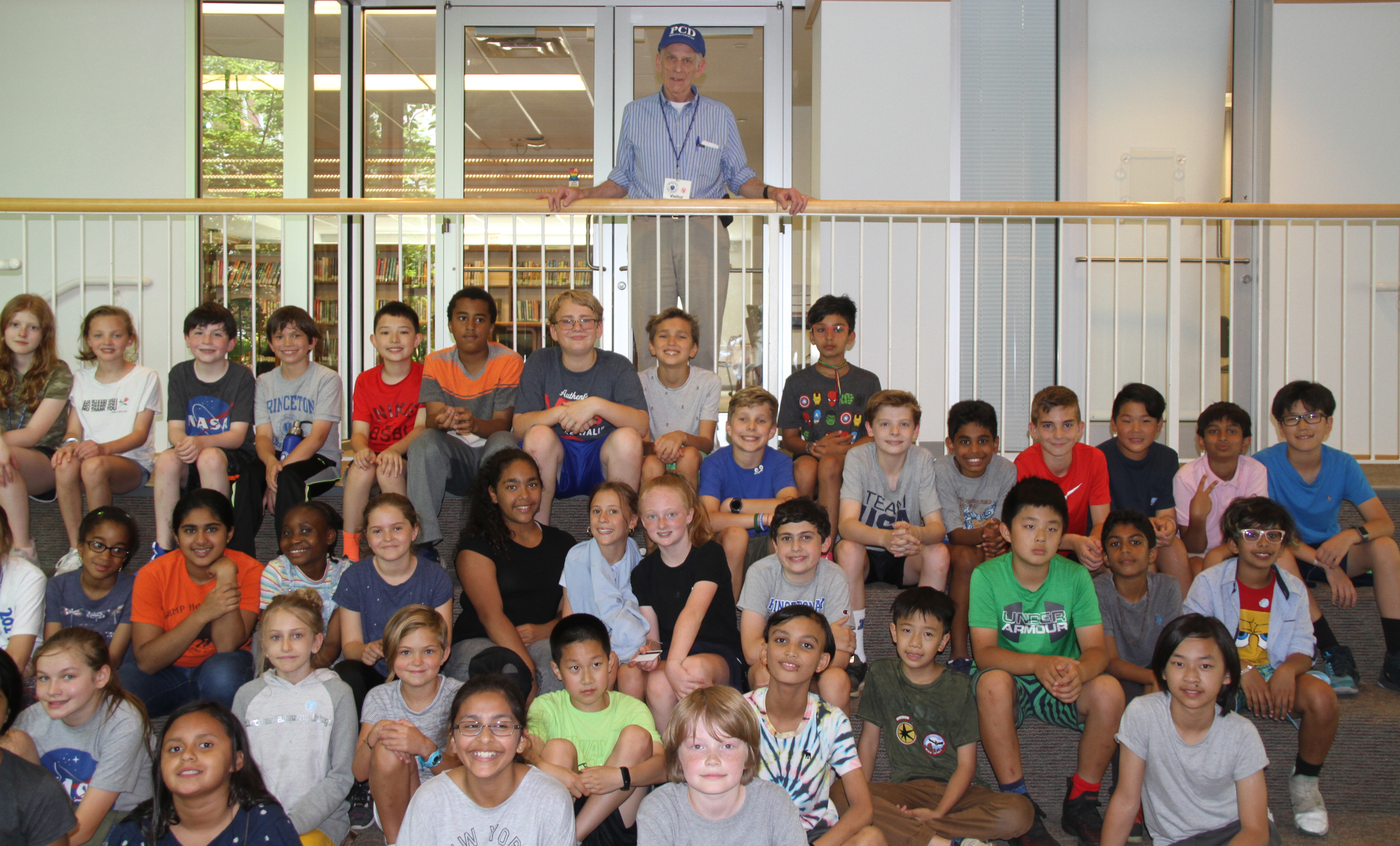