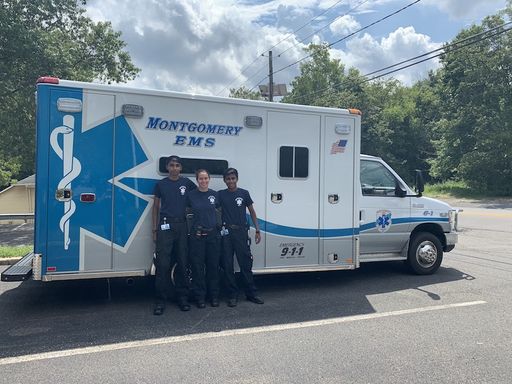 This summer, three students, Tharun Potluri '21, Saahith Potluri '21 and Giulia Gerschel '19, donated much of their time to Montgomery EMS (MEMS), a 100% volunteer emergency medical service. From May until August, Tharun and Saahith spent over 200 hours going through rigorous medical training and testing to become licensed emergency medical technicians (EMTs) while also actively running shifts with MEMS to gain medical experience on emergency calls. 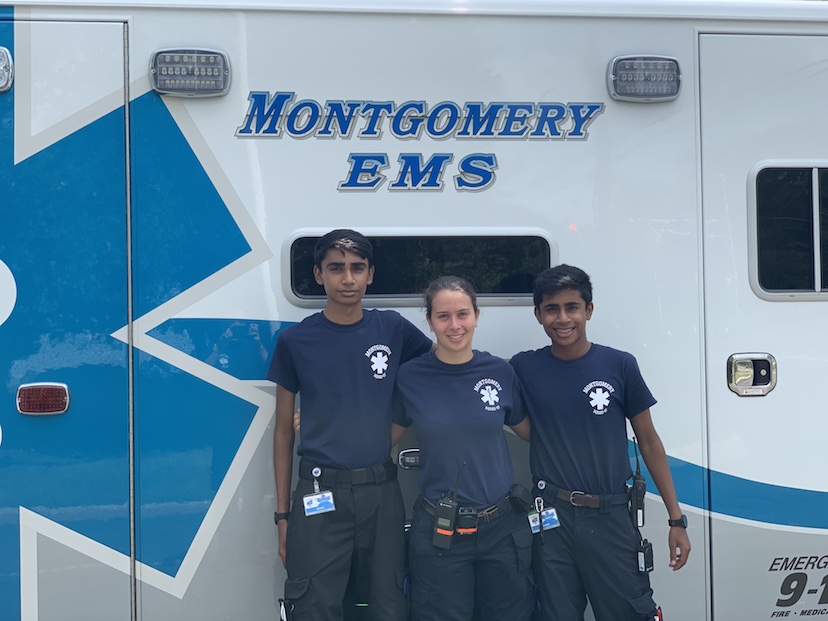 These three first responders have put in many hours serving their community and helping those in need. Giulia, who graduated in June, became a licensed EMT in the summer of 2018 and has been running regular shifts each week, even throughout her senior year of school. In total, Giulia has volunteered 550 hours with MEMS. Tharun and Saahith have already volunteered a total of 300 hours this summer since joining MEMS.

As Giulia, Tharun, and Saahith can attest, becoming an EMT was no easy task. On top of taking a three-month long certification class and being tested weekly on emergency medical skills and interventions, they also spent many hours doing clinical rotations in hospital emergency rooms. Some interesting skills that they learned are advanced bleeding control, vehicle extrication, overdose management, labor and delivery, trauma triage and much more.

Additionally, the three EMT's encourage others to become involved in their community, whether through EMS or other organizations. "Being able to help people when they're at their lowest and knowing that you may have made a difference in their day is a rewarding feeling," Tharun says. Saahith adds, "Being a first responder comes with a lot of responsibilities, but it is an amazing privilege, and I hope more people will get to experience it in the future."