Class of 2021 Hosts a Night of Service and Fun 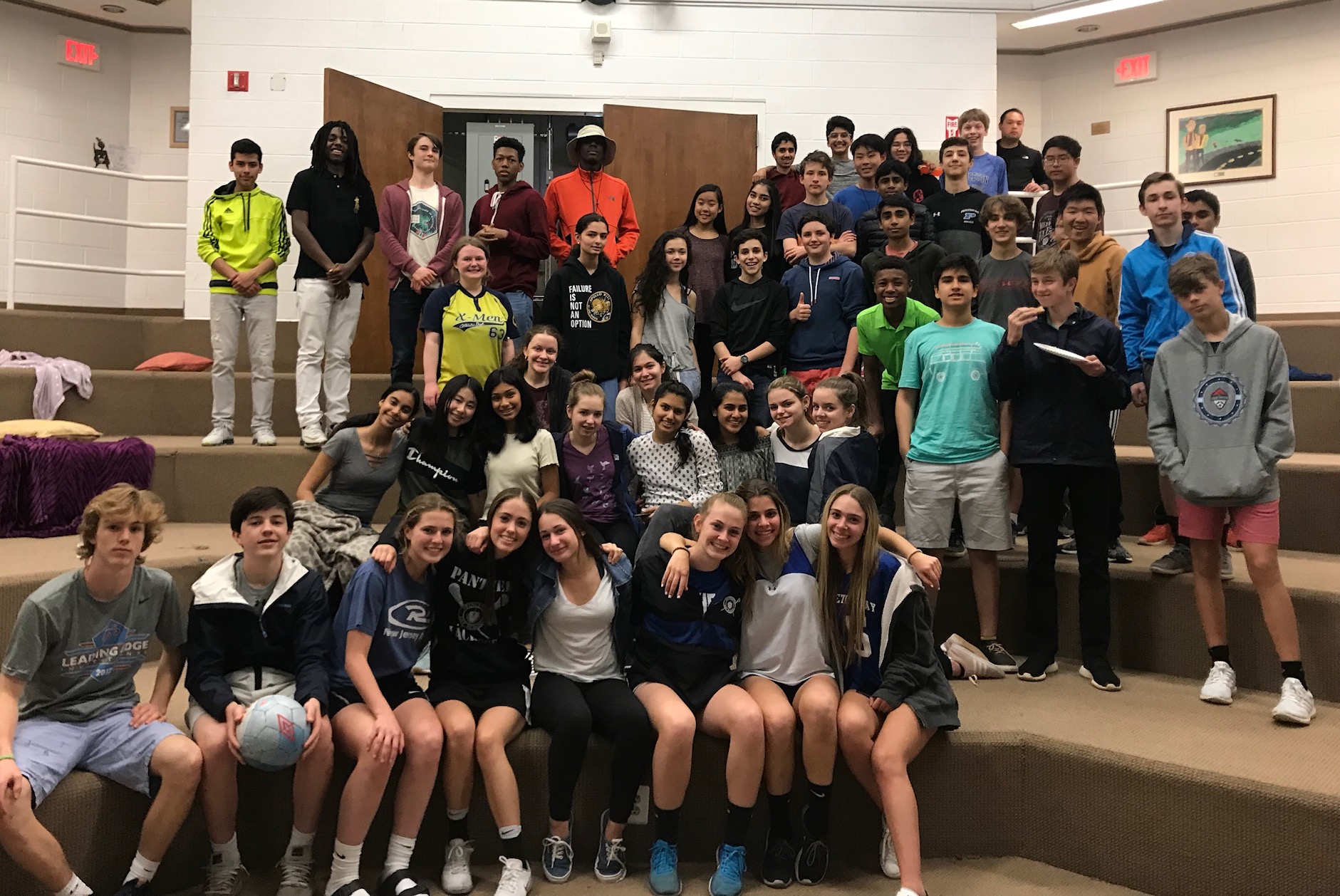 Congratulations to the class of 2021, who hosted a grade fun night that turned out to be an enormous success on all levels! The night consisted of a service learning portion, a fun athletic portion, and a screening of Spider-Man Homecoming. Close to seventy freshmen attended the event, the largest number of people that have ever shown up to a ninth grade event! 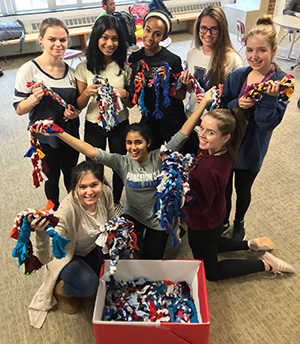 The service portion of the event, which started right after school and lasted about two hours, was very successful. Fifteen people, including a couple teachers and upperclassmen, made 120 dog toys! The toys were made from t-shirts that were collected during a week-long drive, and they were then donated to SAVE animal shelter in Princeton. The toys were brought to SAVE along with a bag of dog treats, and they were very excited to receive the donation.

The next portion of the night consisted of a variety of outdoor tournaments and activities. Some chose to compete in the basketball and spikeball tournaments while others played gaga ball or just hung out with their friends. There was also pizza and a large assortment of treats for everyone to eat. Afterward, everyone settled into the middle school amphitheater, which was equipped with lots of blankets and pillows to watch Spider-Man Homecoming. The viewing was complete with popcorn and other snacks.

Overall, the night was a huge success and the class of 2021 had a great Friday night hanging out with friends. It was definitely a night to remember!