While most hockey fans in the Princeton area root for the New Jersey Devils, Philadelphia Flyers or the NY Islanders, the Princeton Day School community was rooting for the Tampa Bay Lightning during the Stanley Cup finals and for one of its own: Tampa Bay left winger Ross Colton ’15.

With six minutes remaining in the second period of last night’s series-clinching Game 5, Colton out-hustled the Canadiens to score what would be the game’s only goal to take a 1-0 lead. After holding off the Canadiens in the third period to preserve the shutout, Tampa Bay Lightning celebrated with their home crowd, including jubilant family and friends, only the ninth team in NHL history to win back-to-back Stanley Cup championships. 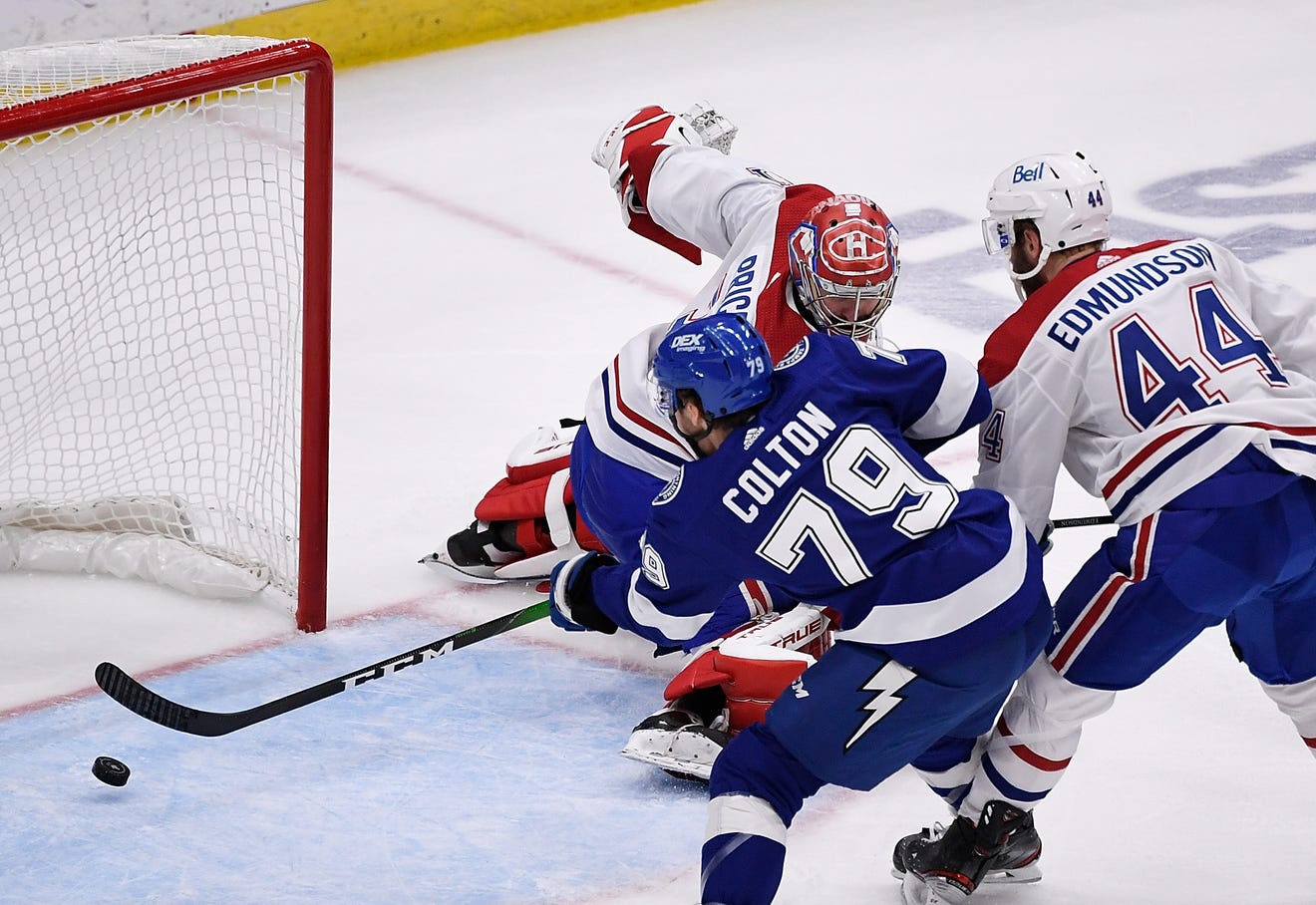 Ross Colton scores the winning goal against the Canadiens.

A Robbinsville, NJ, native and avid NJ Devils fan who modeled his game after left wing Zach Parise, Colton was a student at PDS during his freshman and sophomore years, where he was a standout on the varsity boys ice hockey team. Under the tutelage of Head Coach Scott Bertoli, Ross wore the #20 jersey and skated alongside his older brother, Robert Colton ’13, who wore #19. Colton recently expressed his admiration for Coach Bertoli, who formerly played for the Trenton Titans, when he was interviewed by TapInto: “We had season tickets to the Titans growing up and those games got me into hockey...It was definitely a cool experience to have a guy that you rooted for as a kid be your head coach.’’

Recounting his time as Colton’s coach, Bertoli says, “It’s been really rewarding and cool to see Ross play for Tampa Bay this season, because I know he's a good kid and I know he's put in the work. He's obviously exceptionally talented, but there's a lot of kids that are talented. It’s the work and it's the willingness to improve on areas you know you need to improve on that make the difference. And he's done that.”

Bertoli continued, “It’s been fascinating to watch this unfold for the last couple of months, especially with the ability to watch every game every night…[F]or him to score the game-winning goal last night is something that I know he won't forget, and a lot of people who are close to him will never forget it, either.” 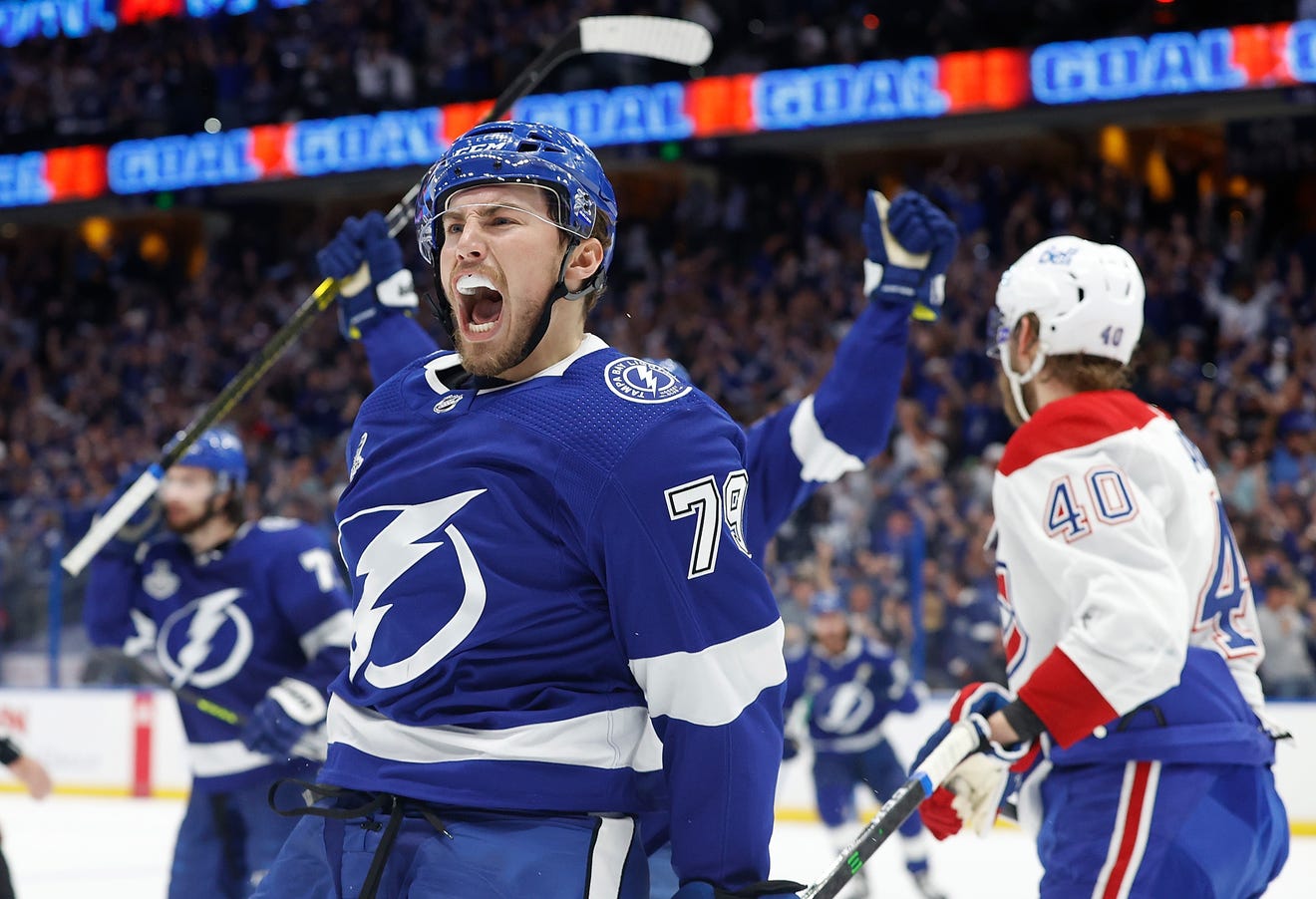 After his time with PDS, Colton played at Taft and in Cedar Rapids, Iowa, and then took a gap year before playing for the University of Vermont for two years, where he was subsequently drafted and contracted by the Tampa Bay Lightning in 2016. He played at the triple A level in Syracuse before being called up by Tampa this spring and making his NHL debut in late March, where he scored a goal on the first shot of his NHL career. 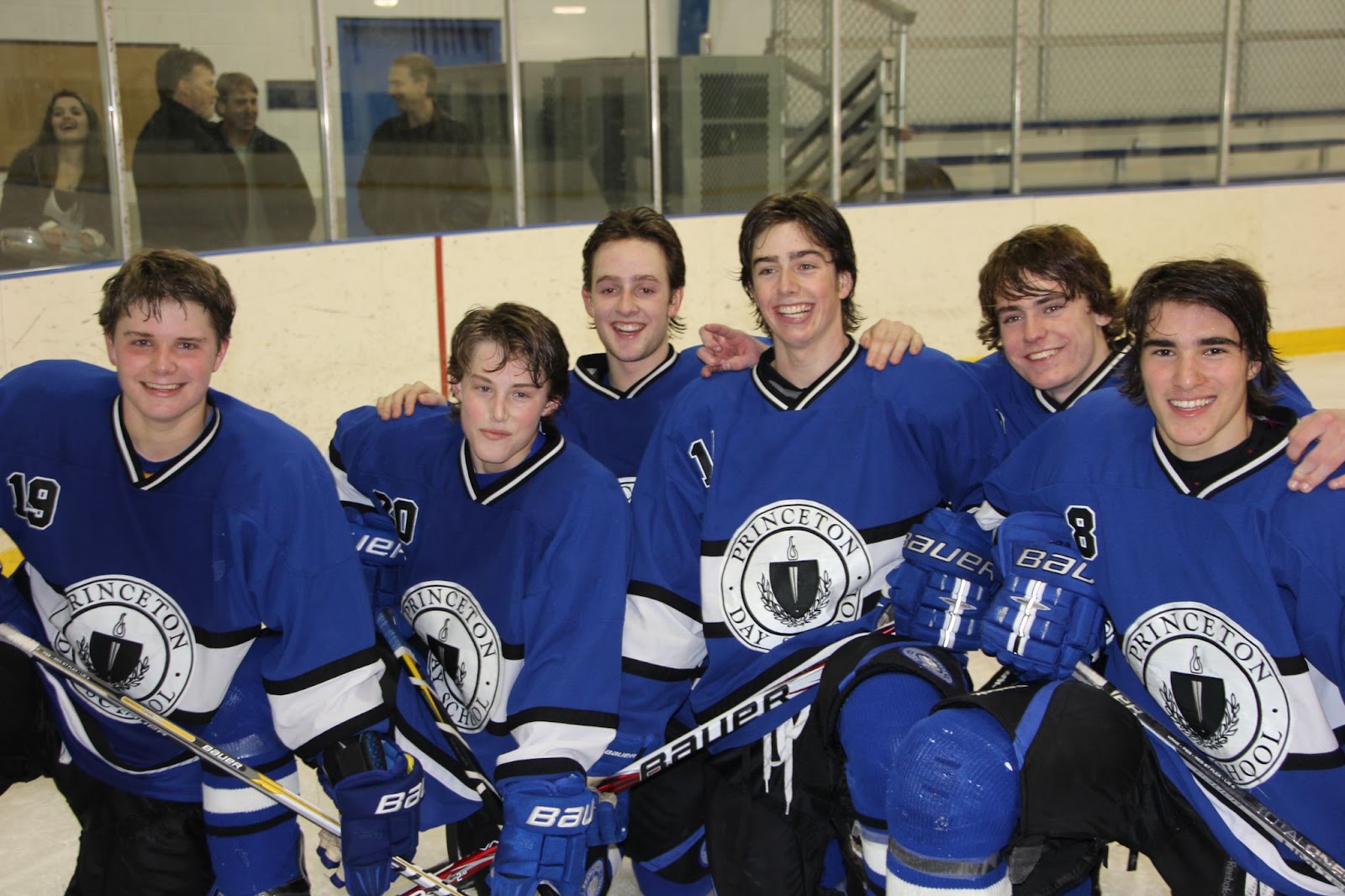 Colton’s goal during the final game of the Cup series was his fourth in the playoffs, and it unknotted a tense 0-0 game in which the stakes could not have been higher, a situation that has been known to overwhelm even the most veteran players. “He has never shied away from the big moments…” Bertoli recalled. “He has always been a goal-scorer who always came on the ice with a mission to score ...Ross was a big part of why the 2012-2013 varsity team was arguably the best ever in the history of the school and certainly one of the most fun to coach. They had such chemistry and mutual support for each other, such eagerness to put it all out there on the ice, and it showed in their undefeated record at home, and their victories in the Prep championship and HRM tournaments.”

While Tampa Bay celebrated their second consecutive Stanley Cup win last night, many in Mercer County were celebrating with them, including Colton’s former classmates and teammates from PDS and club hockey, and especially Colton’s former coach at PDS. Bertoli stated, “It was a pretty special night. Ross earned it through his hard work and dedication to continuing to improve his game. He’s now inspiring young kids in New Jersey the way his childhood hockey heroes inspired him.”